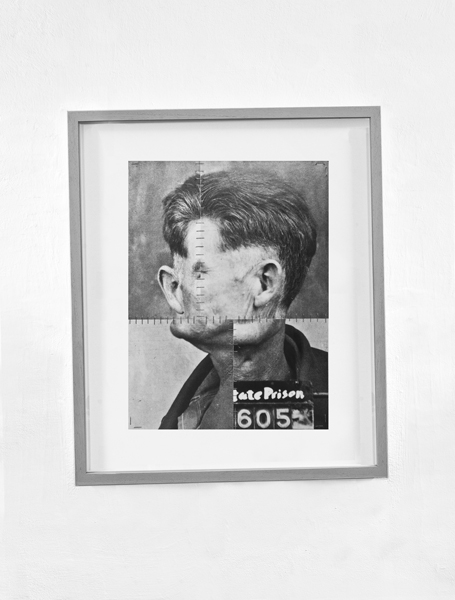 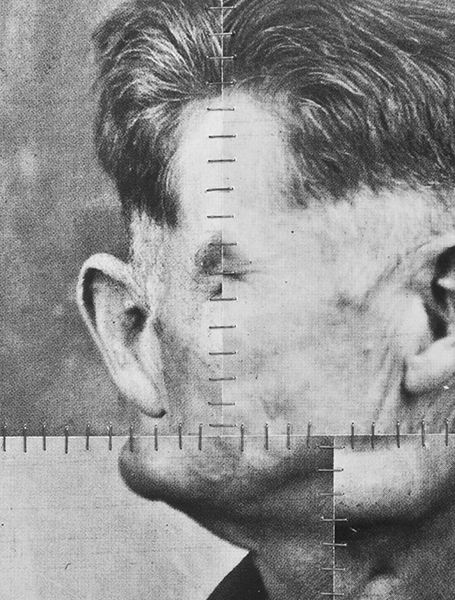 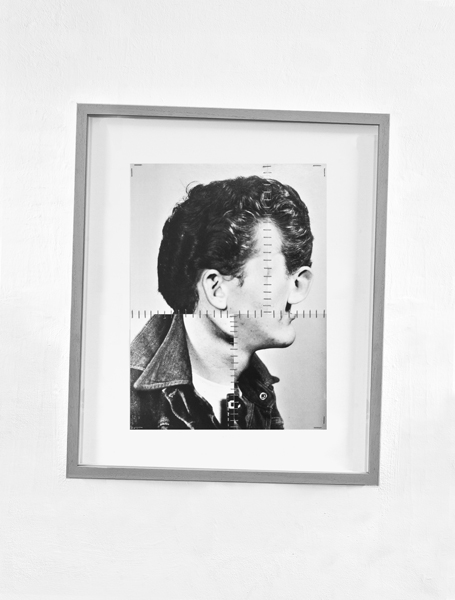 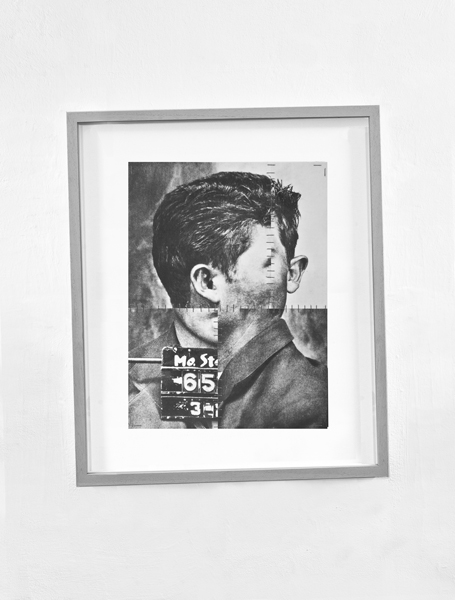 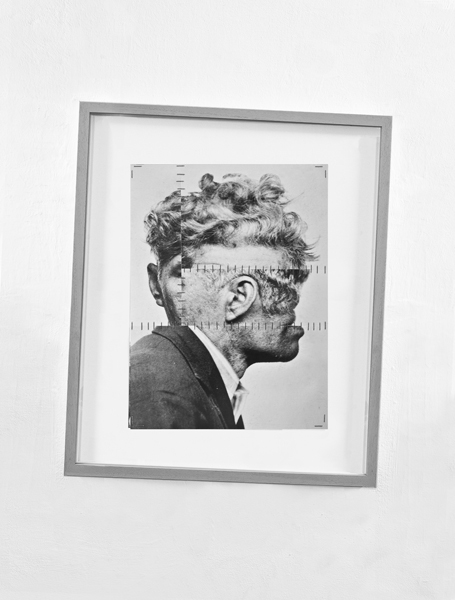 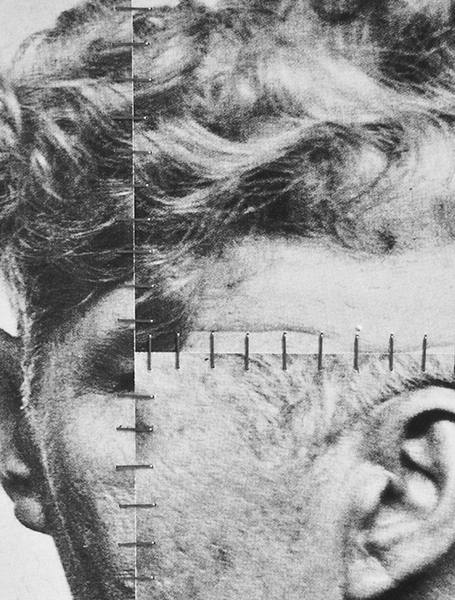 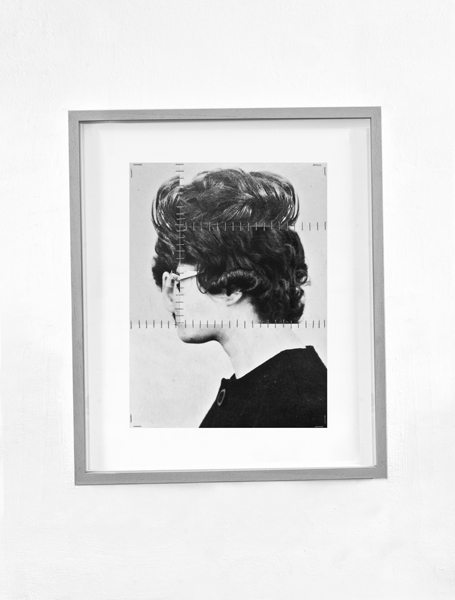 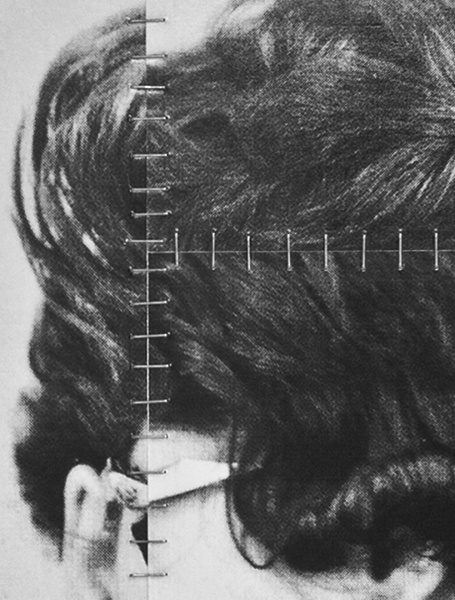 [...] All of this forms the background to the work of Bernhard Hosa, whose oeuvre manifests itself in large-scale installations, objects and photo montages. Hosa's interest is in the analytical, systematizing and classifying gaze, which scholarship applies to the human individual, as well as the associated mechanisms of social processes of inclusion and exclusion. This can be seen specifically, for example, in the twelve-part series Auf der Suche nach dem richtigen Bild (in search of the correct image, 2011-12). Beginning with a photographic reproduction of photos of wanted persons (mugshots), mainly from historical, literary sources, Hosa parodies Bertillon's method and in doing so sets up this type of image for critical discussion. For this purpose, the artist photographed full-frontal and profile views of criminals, typical of mugshots, from books, enlarged them and eliminated all the features that identify a face by folding them at appropriate places. One sees fragments of human forms, heads without eyes, nose and mouth.
One looks at faces without features, at monstrous-seeming shapes, pieced together from details of a former whole, which was probably able to cause only half as much unease as Hosa's works now do with their individual image components meticulously attached to each other. The surfaces of the images cross over each other like scars, enhancing the impression of the corporeal, the haptic and the vulnerable. [...]