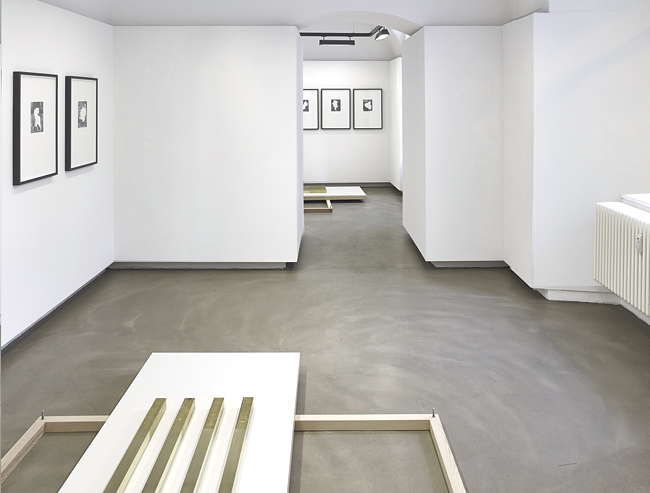 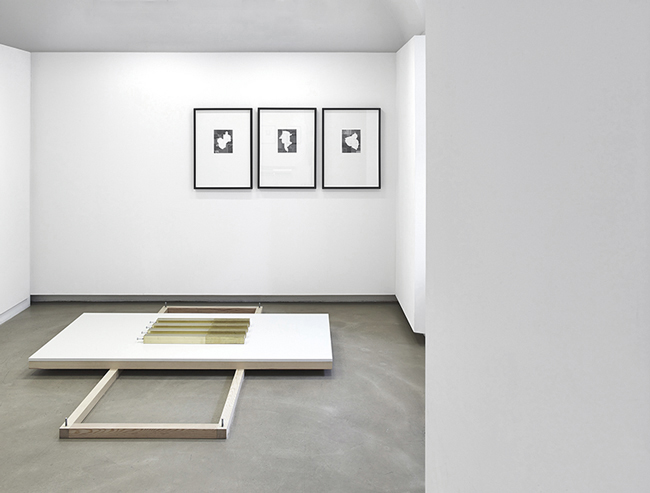 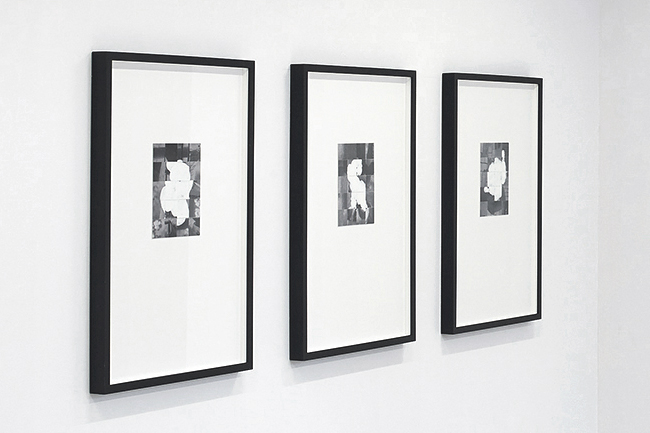 [...] A look into the dictionary reveals the following definitions: "to maim, to dismantle, to shatter, to chop up, to tear apart someone or something, to divide, to rend asunder" and "to tear limb from limb." In each of the three gallery rooms, we found a furniture-like sculpture broken down into its individual components, and three framed graphic artworks. In his solo exhibition framework in Kunstraum Niederösterreich in 2012, Bernhard Hosa had already worked with these simple structures reminiscent of tables or single beds. Some viewers associated the objects lined up in a row with dissecting tables. But what distinguishes the dissecting table from the bed is not only an ergonomic working height for the pathologist but also its lack of any form of individuality or intimacy. According to Georges Perec, however, the bed is the "individual space par excellence." The legs for the bed/ the table were laid carefully, at regular intervals, on the board top. Screws indicate functionality. The legs were made of brass and in parts they were polished to a glossy shine. The artist had left behind individual, easily categorized traces in the unpolished areas: his own fingerprints.[...]

With great precision, Bernhard Hosa has developed his own artistic strategy of taking apart and reassembling, dissecting and recomposing to create variation. By means of his serial working process, on the one hand he succeeds in getting to the bottom of things - topics and forms - and on the other hand, in reacting to the specific exhibition situation. The exhibition space - whether it is a white cube and as neutral as possible, or not - is a cell, a heterotopia that is subject to specific laws. In the three rooms of the Neue Galerie, the same setting had been installed three times: in every room we found the "construction kit" of the bed/table object and three collages. Emphasizing the sequence of rooms through the motif of repetition and, in the process - as the rooms get smaller towards the back - having to push them closer and closer together, increased the intensity of the show and makes dis|mem|ber coherent despite all its fragmentation.